Unique, adorable, and algorithmically generated NFTs living on the Solana blockchain with a charitable goal. Our focus is on all the mistreated animals around the world, to get one step closer to the happiness they deserve. 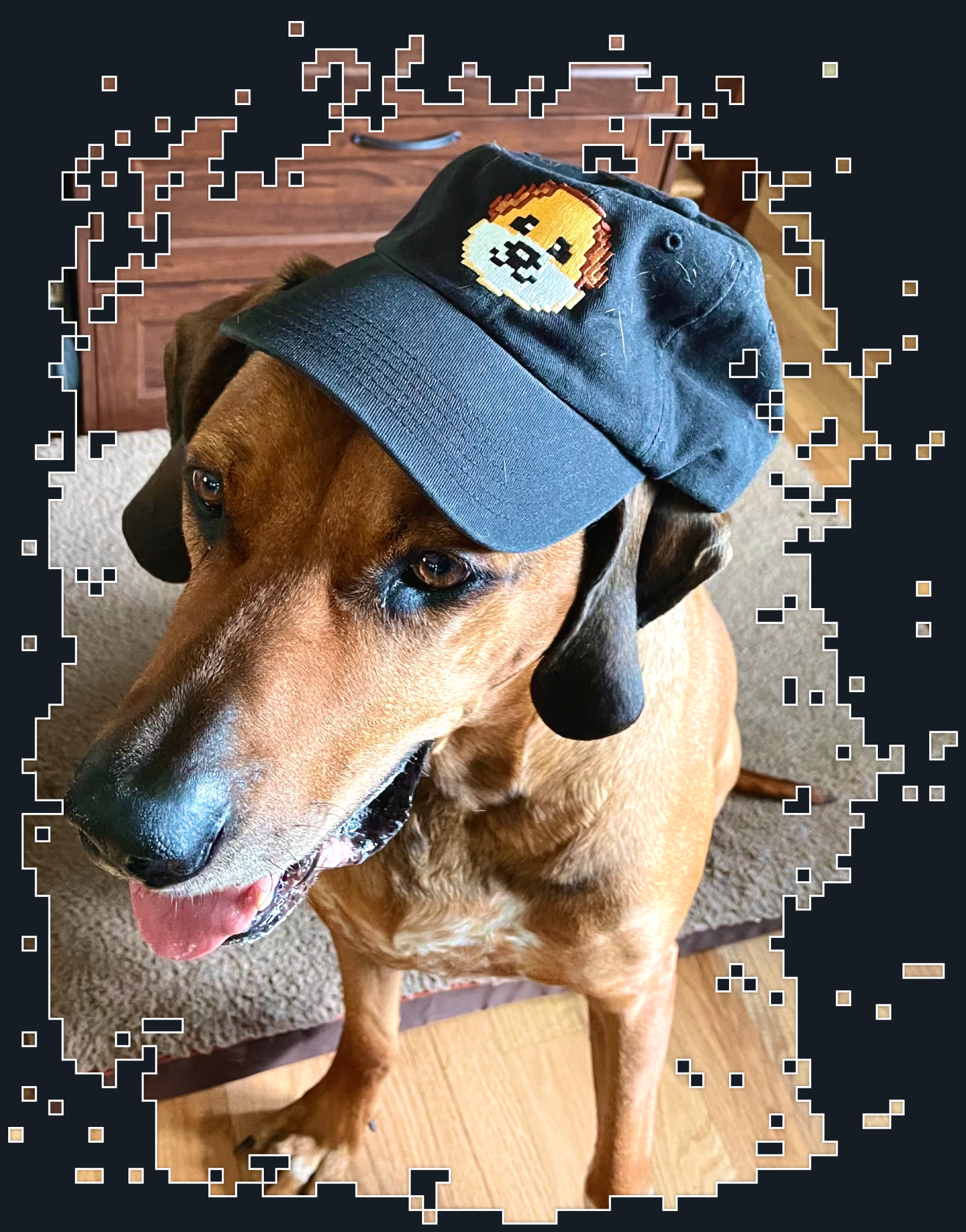 Check out this video from one of our partners! 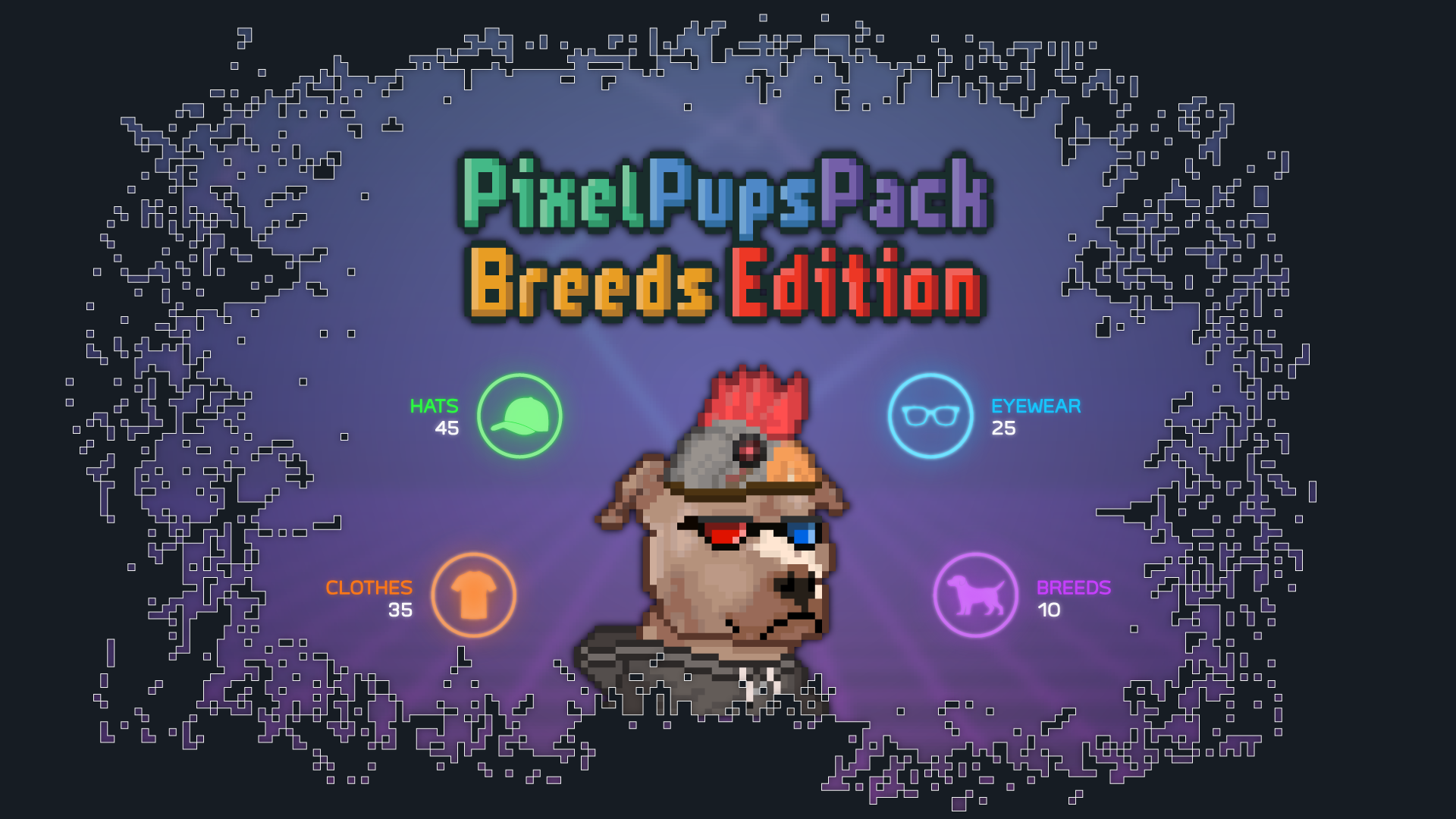 We have partnered with 8 incredible and dedicated shelters around the world. You can find more information about them in the "Shelters" section. 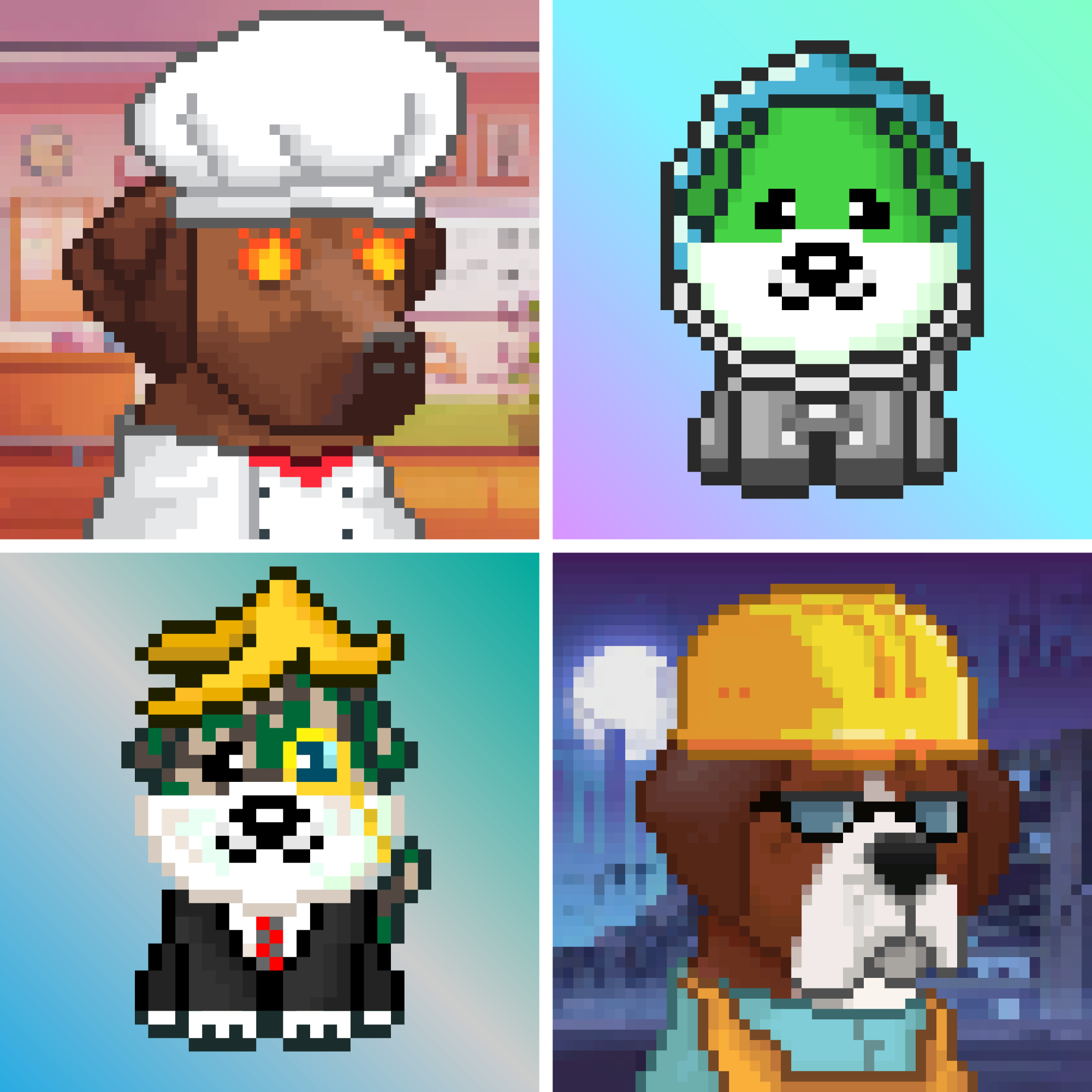 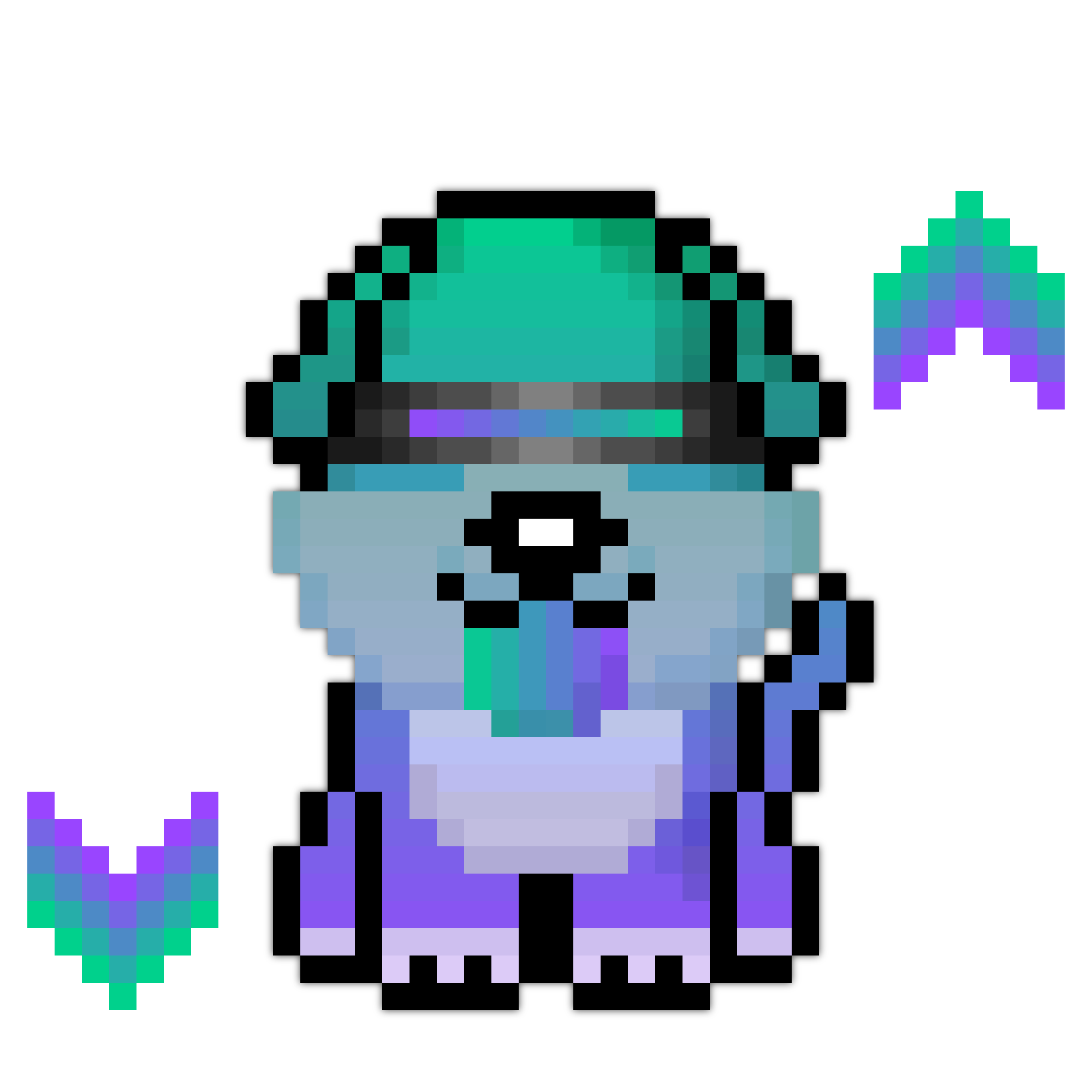 Solana Blockchain has a lot of advantages. Super-fast transactions and very low gas-fees are only some of them! SOLANA IS THE FUTURE!

Your Pixel Pup is absolutely unique

Our first generation of PixelPups consists of 480 unique and adorable Pups who are ready to be adopted by you! Using our algorithmic generative system, your PixelPup is one out of million possible combinations, with more than 100 traits. Some traits are rarer than the rest. Our mint ensures complete randomness and fairness for everyone. 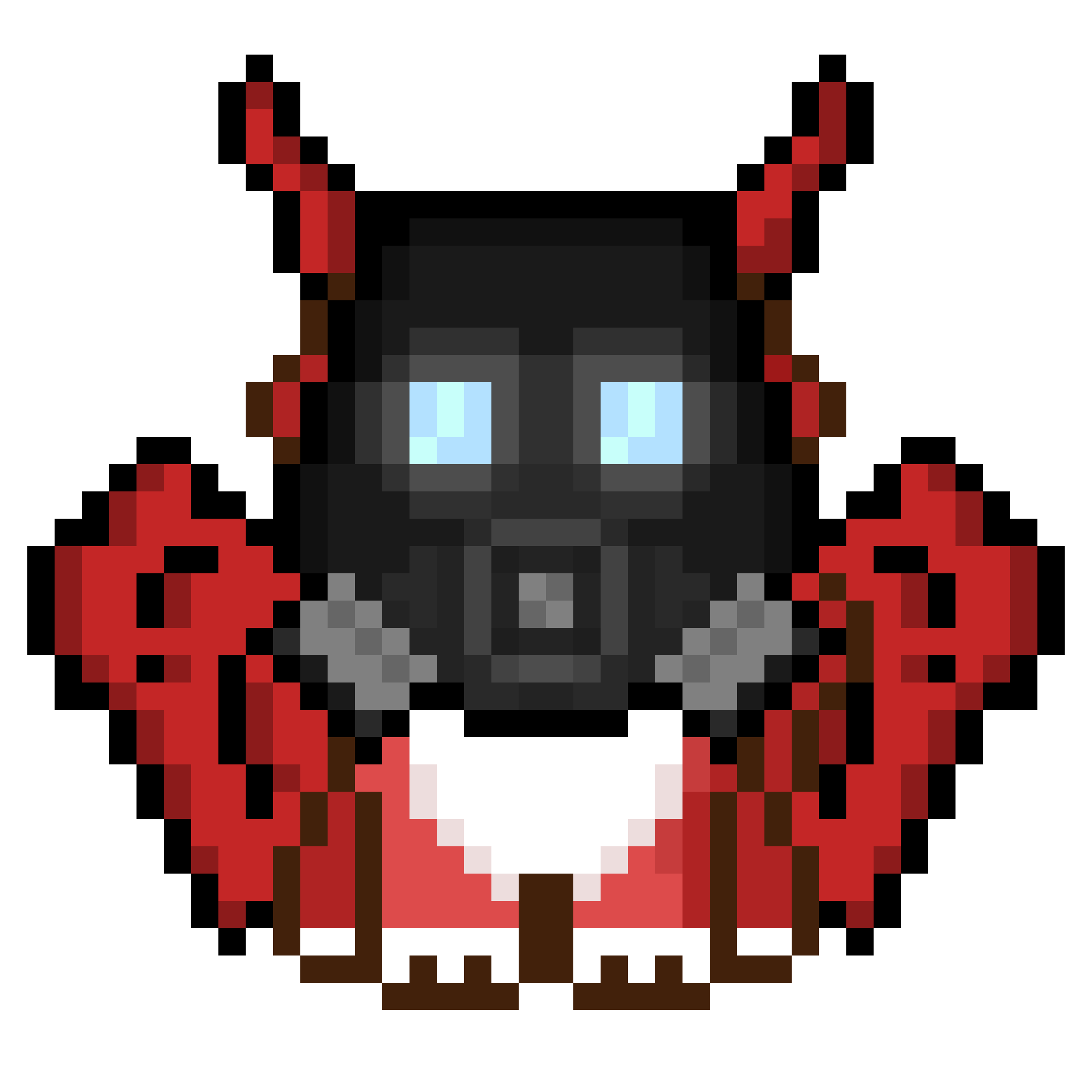 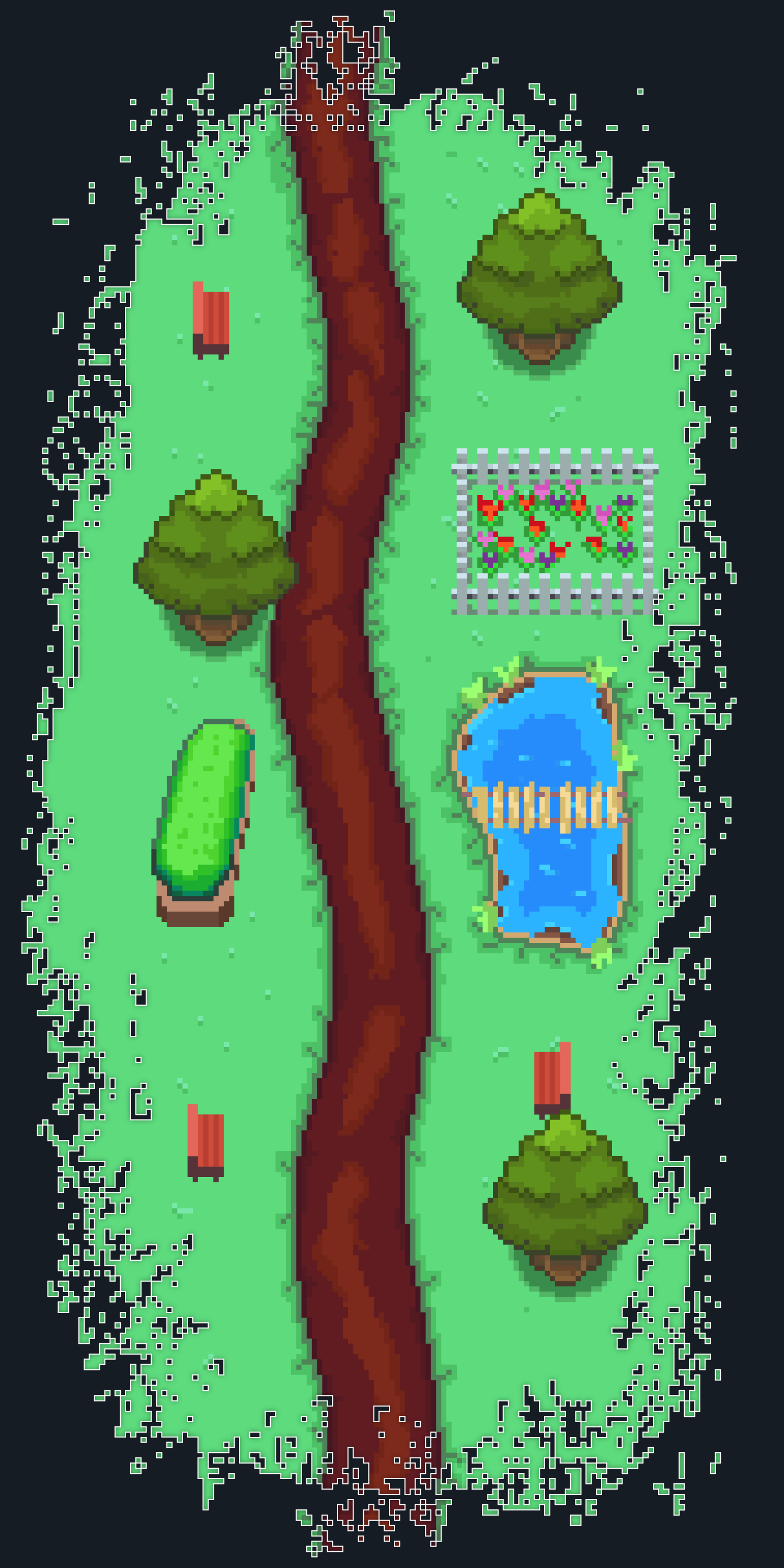 Upon sell out will be listed on the Magic Eden Secondary Marketplace. Giveaways will then be hosted for all holders of Pixel Pups to give back to our supportive community.

Post launch, we aim to build a community that will continue engaging. We will implement holder verification for all PIXEL PUP holders. Holders will be able to share PHASE I together and join game nights with a giveaway aspect to many of them.

Phase II will feature different breeds of Pixel Pups. The Breeds Collection will be much smaller - between 333 and 999 SUPPLY with a higher MINT PRICE. As per the original plan, 50% of the proceeds will be donated to the shelters we are partnered with, 25% of the royalties will be allocated to a community wallet where the shareholders will have the say, 25% will be used to further improve the project. For each 10 pups held from the original collection, holders will receive one additional pup from the Breeds collection. Our top 3 holders will have the most influence in the future plans of the project. AFTER the mint, we will introduce staking for both origin and breeds edition

OUR LONG-TERM GOAL IS TO LAUNCH OUR OWN PARK WHERE ALL THE PIXEL PUPS CAN HANG OUT AND PLAY DIFFERENT "PLAY-TO-EARN" TYPE OF GAMES. MORE INFORMATION REGARDING THIS PROJECT WILL BE REVEALED AT A LATER DATE 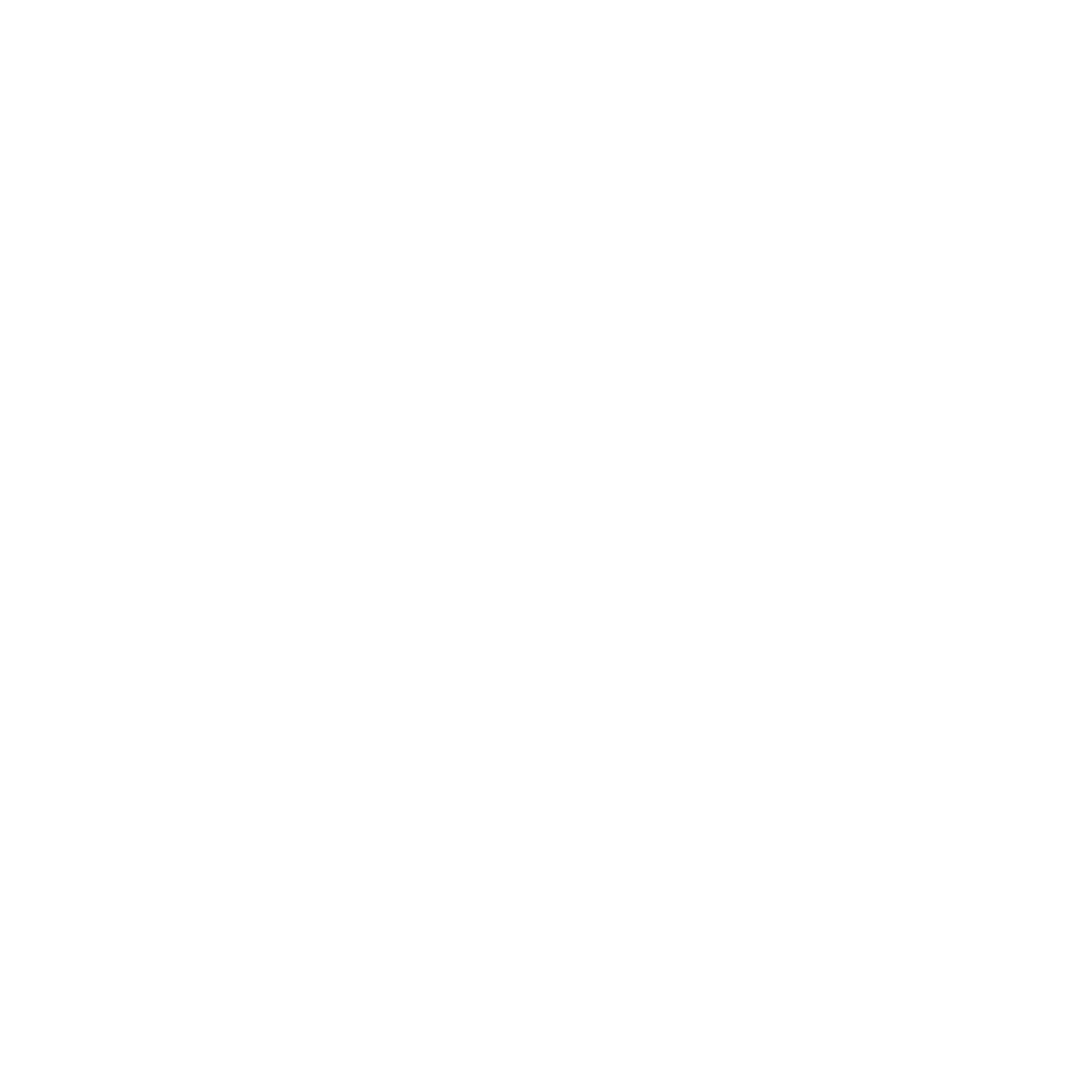 Since its inception, AMA has saved countless sick, injured, and abused pet companions from near death, domestically and abroad. After an incredible amount of generosity from their supporters throughout the years, AMA has achieved its long-term goal of opening its doors to a 1200sq ft space with clean enclosures and a fenced in outdoor space. Through efficient operations, adequate awareness, and public support, AMA continues to create loving futures and erase painful pasts. 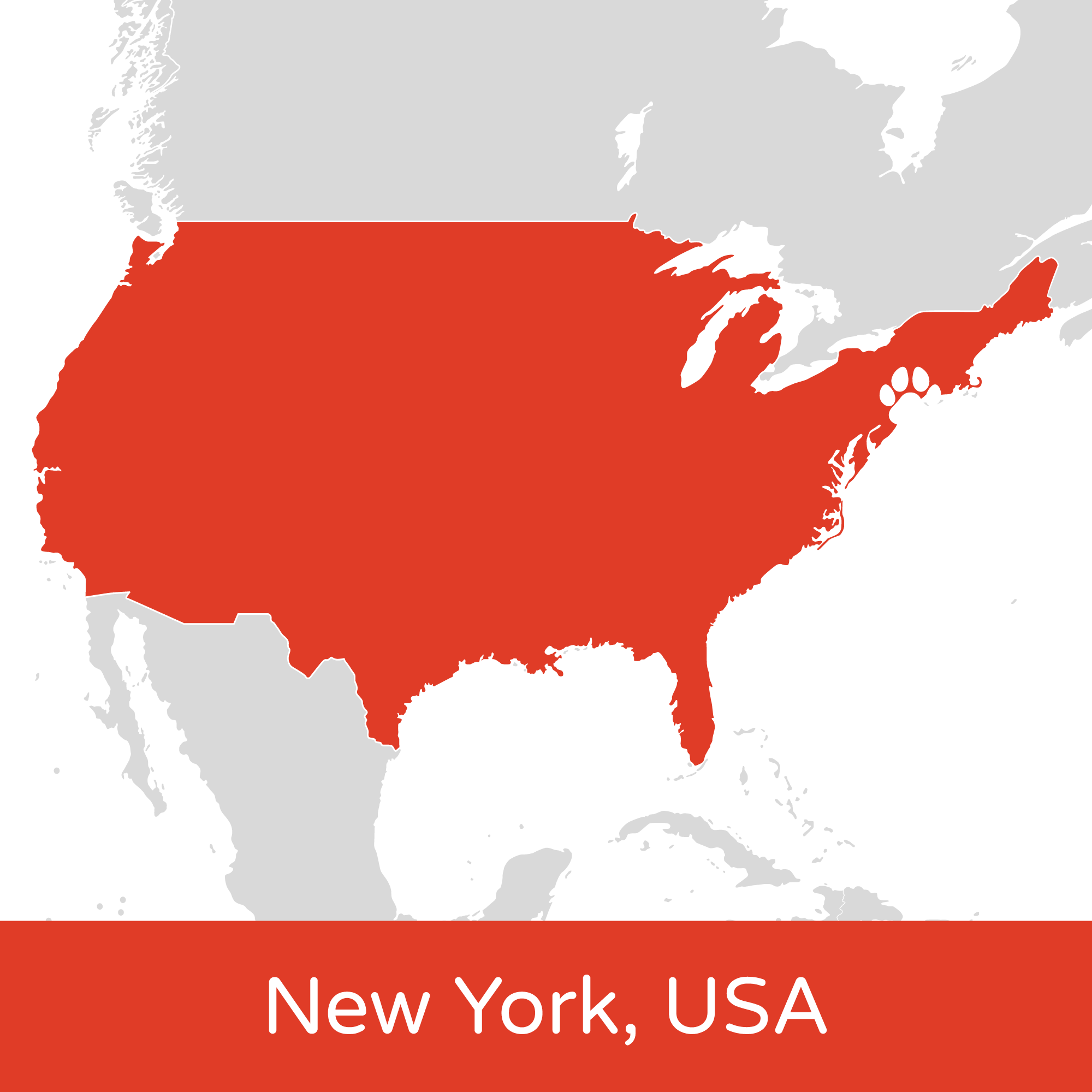 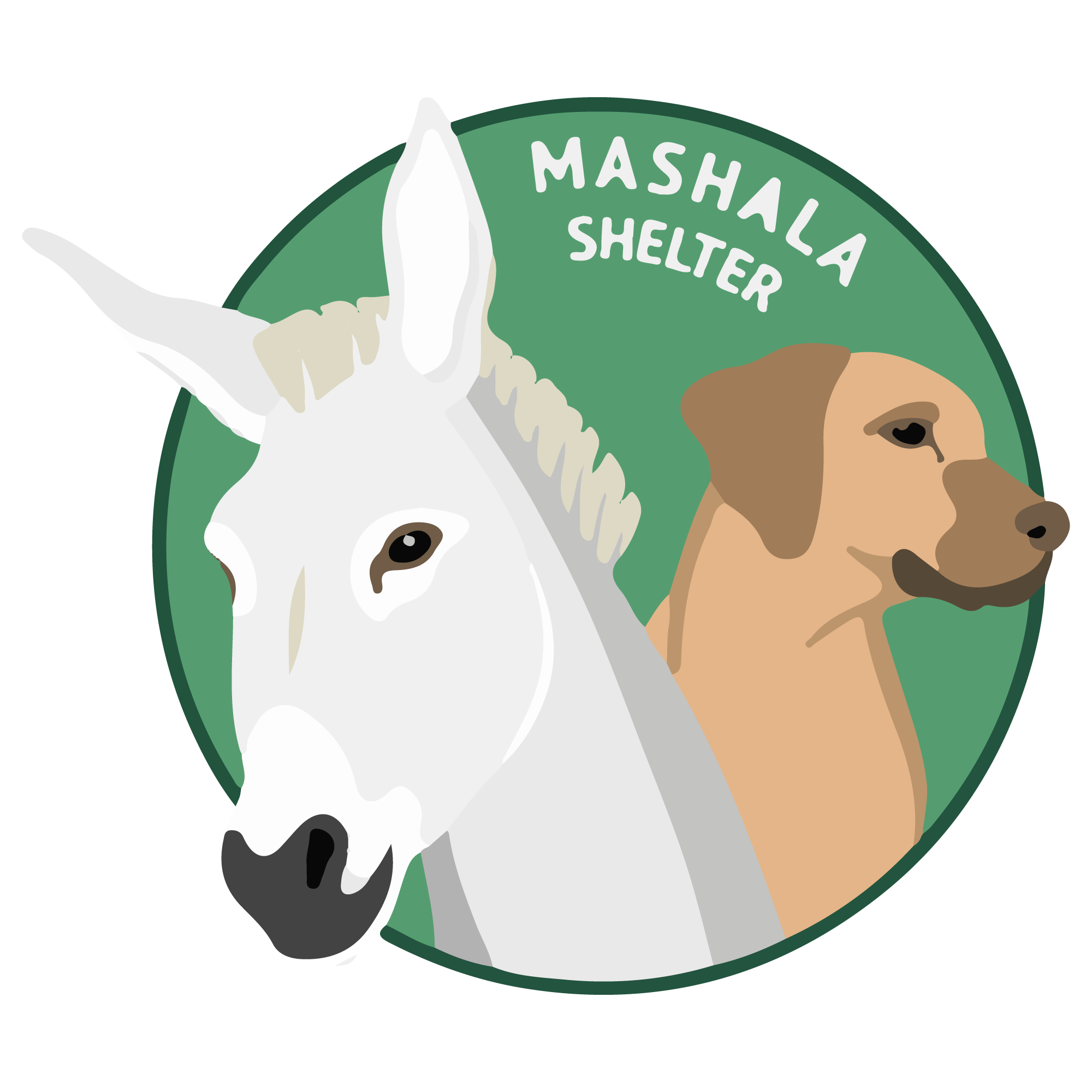 Houssein Hamze has been looking after animals ever since people in his neighborhood started fleeing and abandoning their pets during the Lebanese 2006 war. He responds to calls of injured and abandoned dogs, cats and even wildlife. He has been forced to leave 3different lands due to community complaints of the sheer number of animals roaming around and has been forced to rent a piece land very far away. One with no working electricity or resources. The shelter houses over 300 dogs, injured wildlife and 70+ cats which reside around his house. Houssein is rescuing on average 3-5 new animals per day, many of which get adopted after being given necessary treatment and care. Houssein's works in the agriculture business. The rescue animals need daily care and Houssein has not gone one day without working at the shelter in the past 14 years. 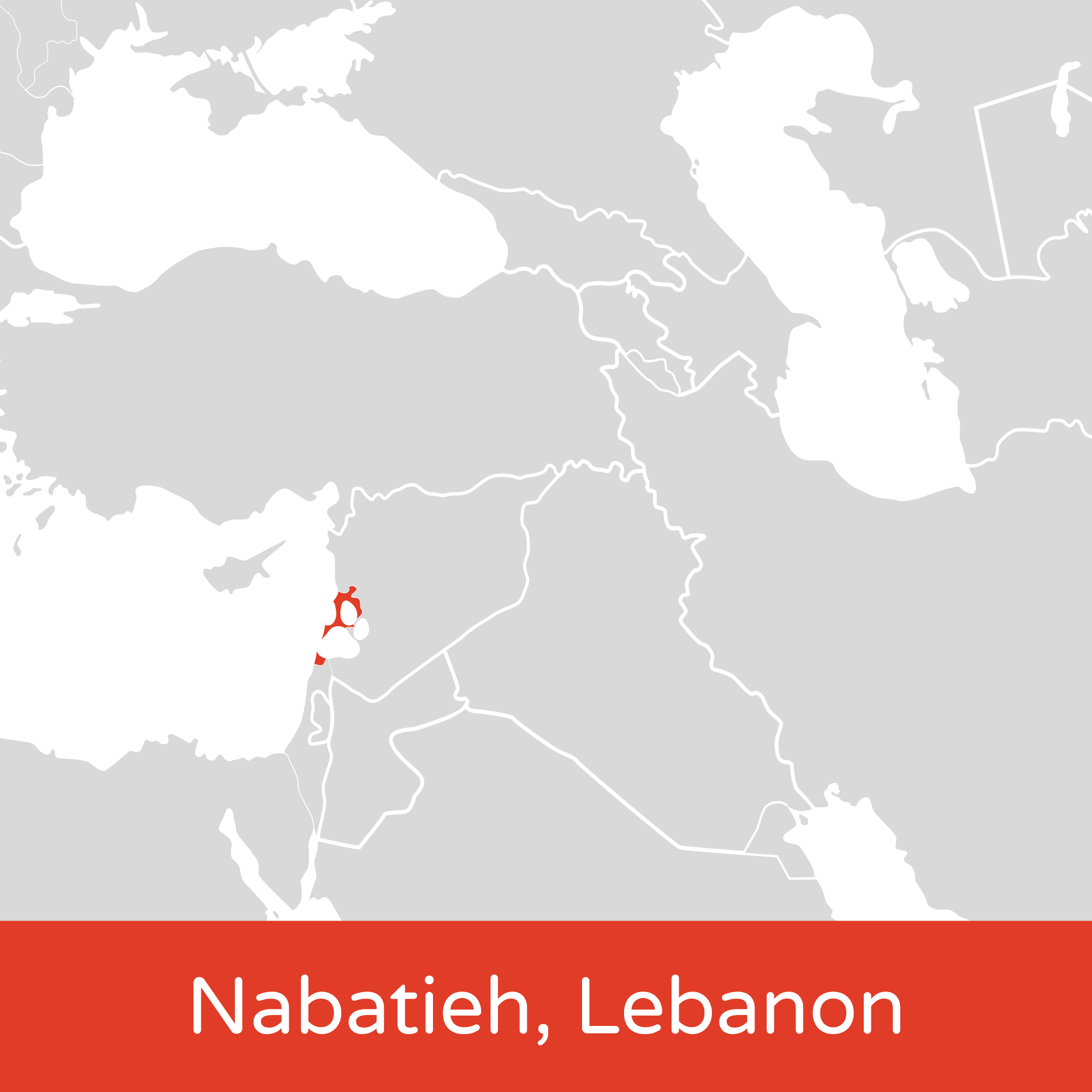 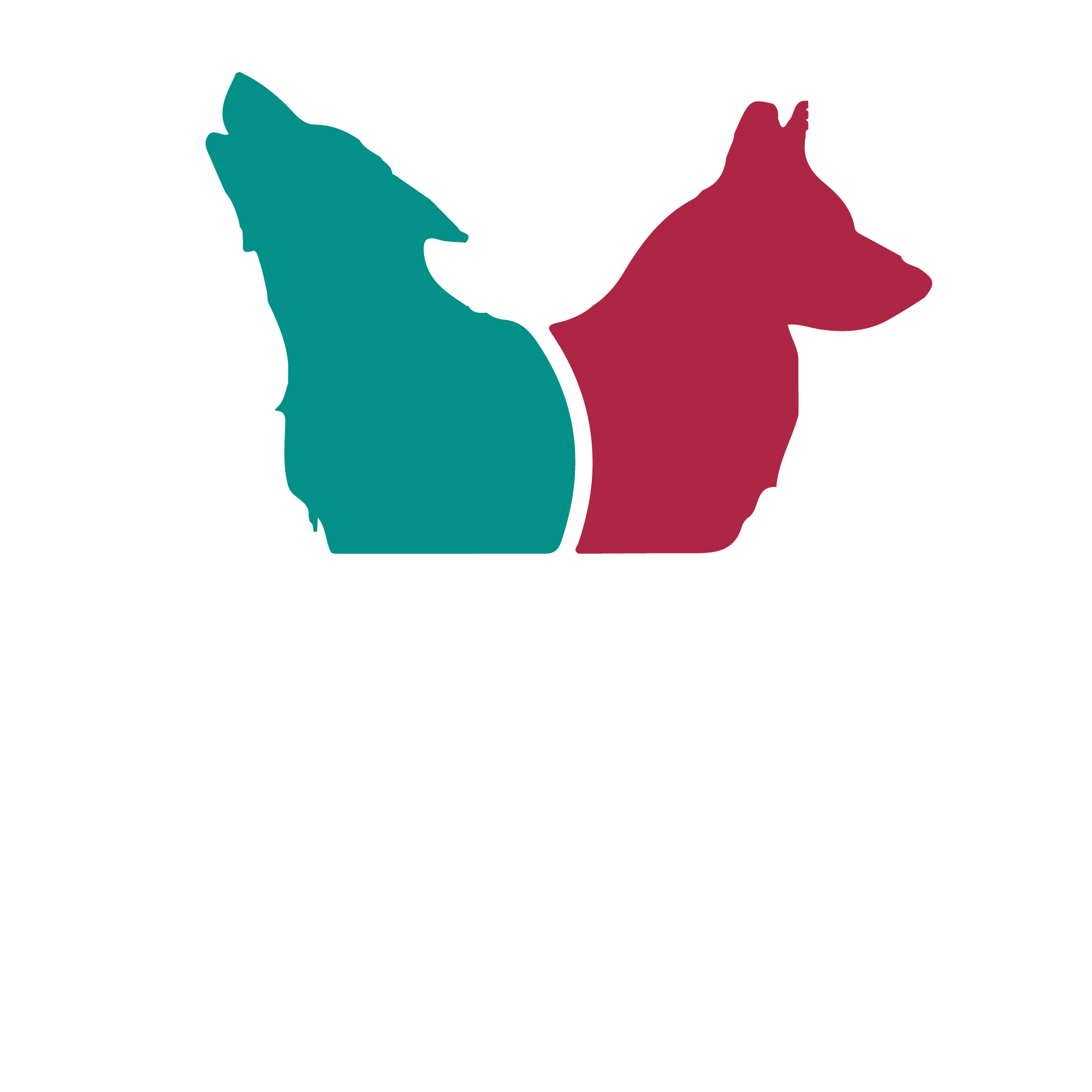 Vucjak Shelter is a non-profit organization located in Cumic, near Kragujevac, Serbia. It was founded in 1997 by Dejan Gacic and his late mother, Svetlana. Today, the shelter is home to more than 1000 dogs, cats and even several wild animals—many of which were abandoned in front of the shelter gates or found injured in the streets. As anon-profit, non-governmental organization dedicated to the rescue and welfare of abandoned and abused animals, Vucjak Shelter relies primarily on public donations and grants. This support allows the shelter to continue its work, and to give animals a dignified, safe and loving place to live. Vucjak Shelter provides food, spaying/neutering, shelter and the best veterinary care in Serbia for every animal in its care. 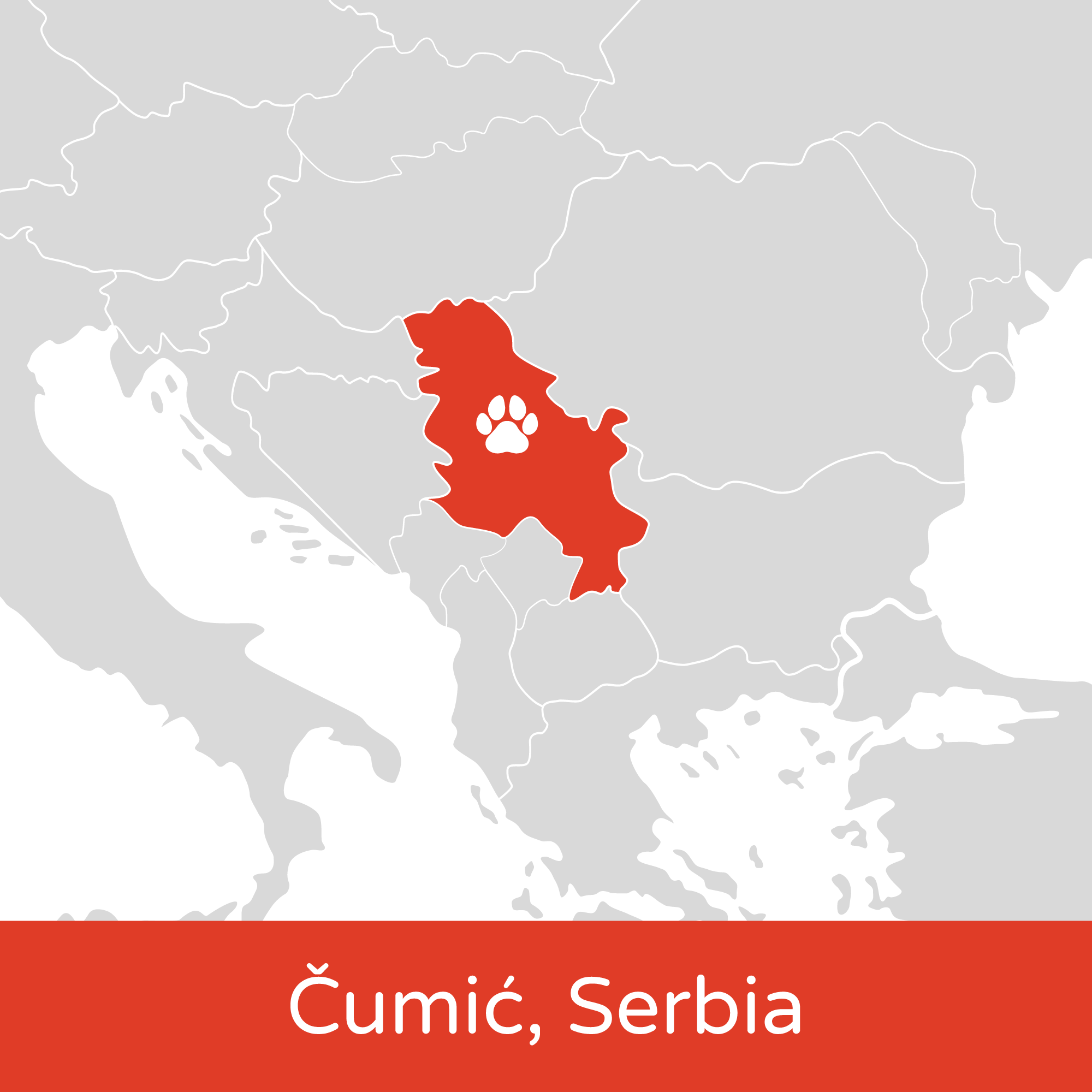 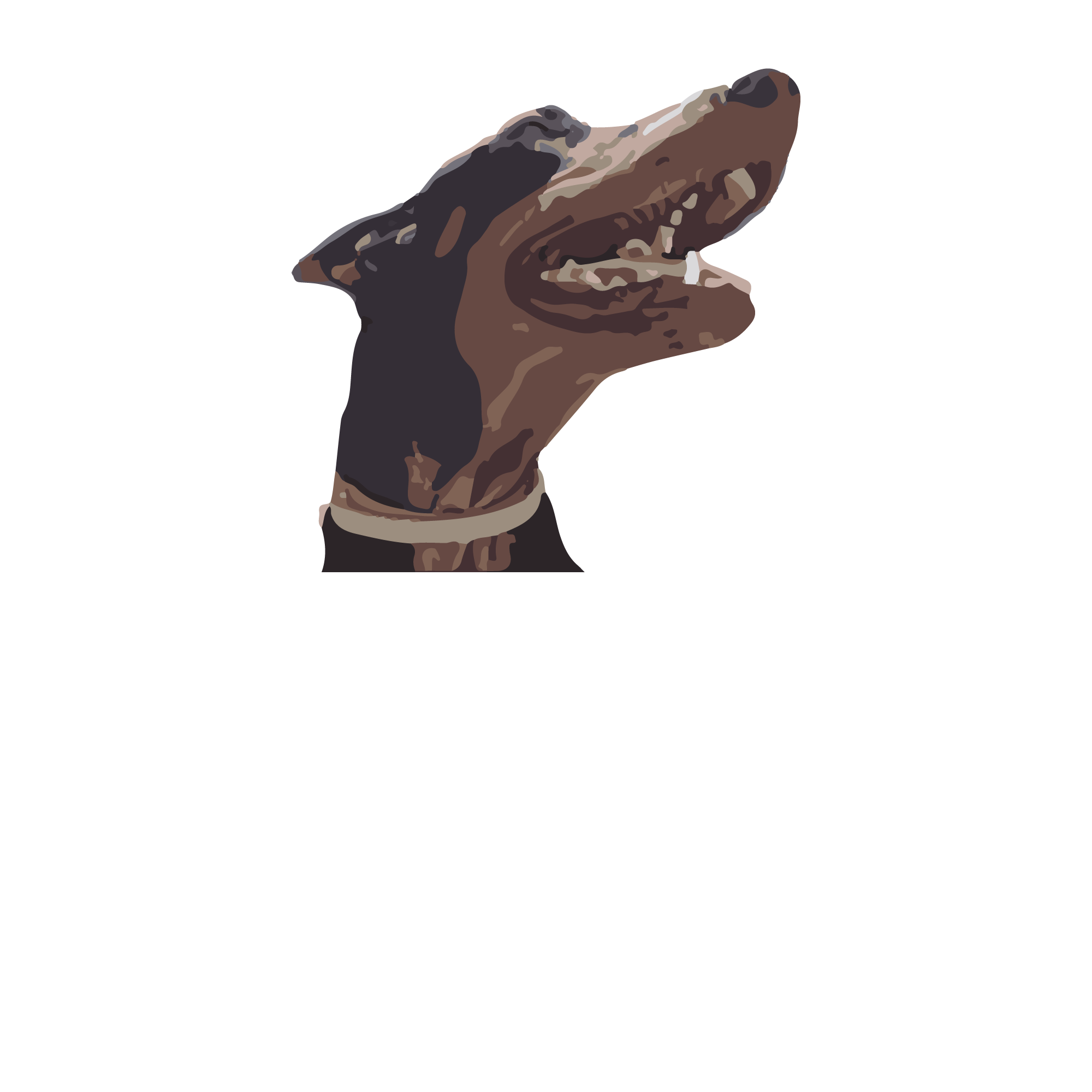 Set up over six years ago, and with the sole purpose of rescuing the stray, abandoned animals of Crete, Takis Shelter currently cares for over 400 dogs and cats. Based in lerapetra, the South of Crete, the rescued dogs and cats have up to 33,000 square meters of private, enclosed olive groves to run around in. With very few people willing to help, there is still an overwhelming number of stray cats and dogs in the South that need rescuing. In the past, dogs have been left tied-up, often with their puppies in a box, outside of the shelter. Over 350 of the shelter's cats and dogs have been neutered with only a remaining few left, due to their age or health. This shelter receives no help from the authorities and relies solely on donations. Since 2014, Takis Shelter has re-homed over 600 animals. 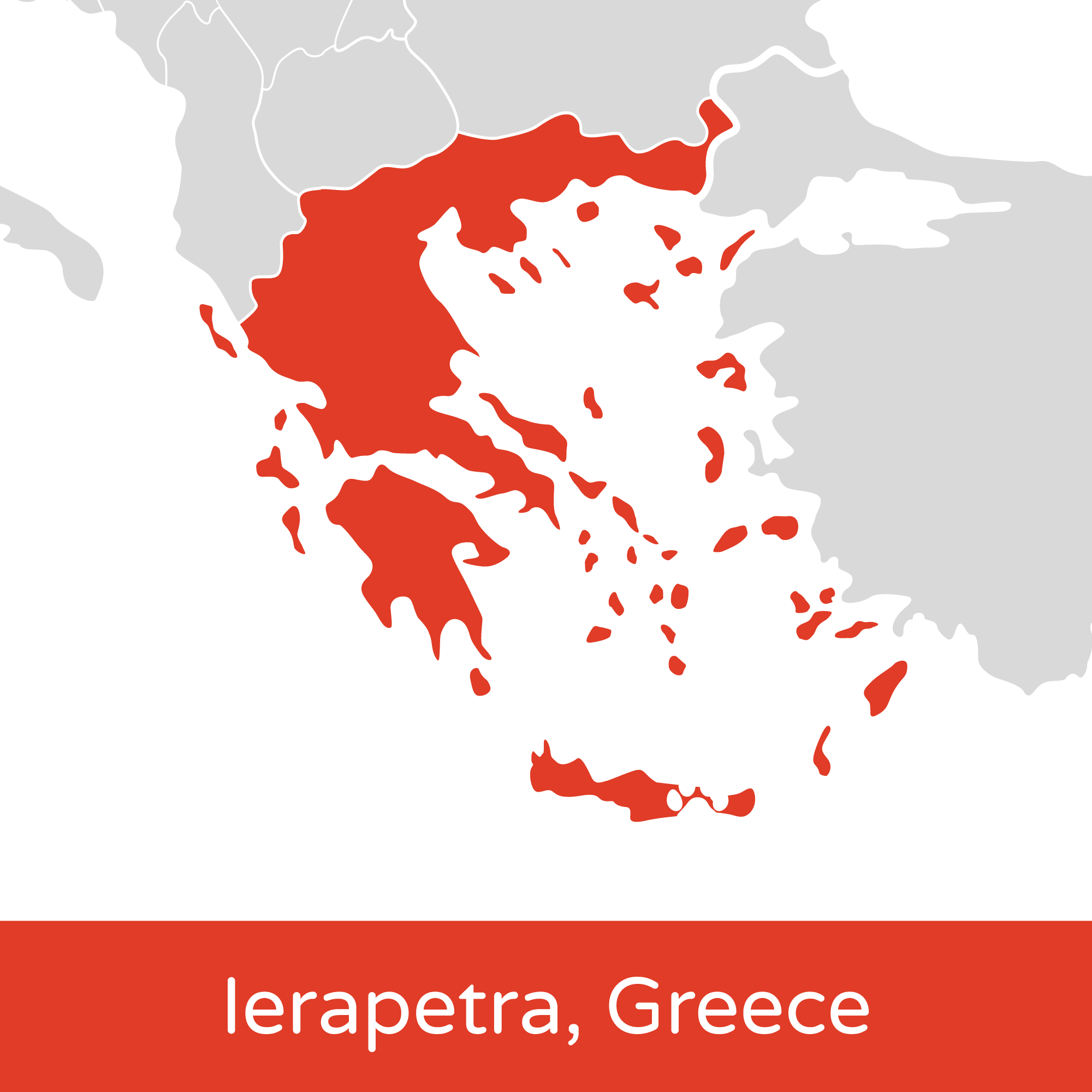 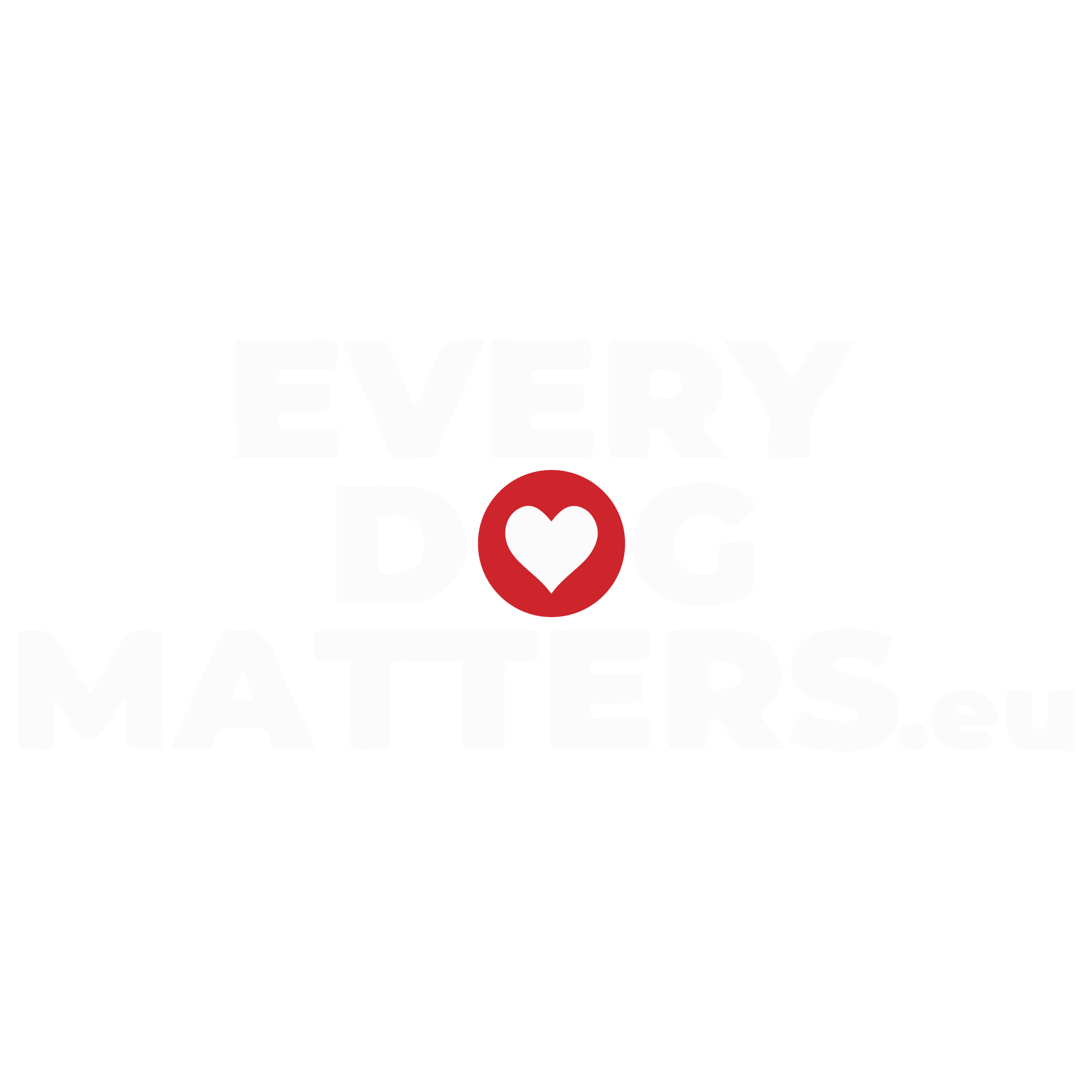 By area, Every Dog Matters EU (a WPX.net project) is the largest no-cage, open-yard dog sanctuary in Bulgaria (25,000 m2). Every Dog Matters EU, a registered nonprofit NGO (Reg. 205679614), was founded by and is directed by Australian Terry Kyle. Apart from a couple of temporary yards for puppies and emergencies, our smallest yards are 400 m2 to 630 m2 (expandable to 1260 m2) and our large yards range from 1,600 m2(under construction) to 2,400 m2 (with 400 m2 of indoor space). Visitors to our site are usually amazed by the space the dogs have here and how happy and friendly they are. Here our dogs play with each other constantly every day whereas at most tiny-cage, prison-style shelters, the dogs are too depressed, too frustrated and too fearful to play at all. We hope that shelter operators EVERYWHERE across the world strongly consider switching to the no-cage, open-yard model as the dogs are much happier, healthier, better socialized and more adoptable. All that is needed is land – every country has unwanted land – and ambition. EveryDogMat-ters.eu is trying to lead the future of rescue dog management with our first (of many) no-cage, open yard dog sanctuaries (we will have rescue cats later in 2021 too). 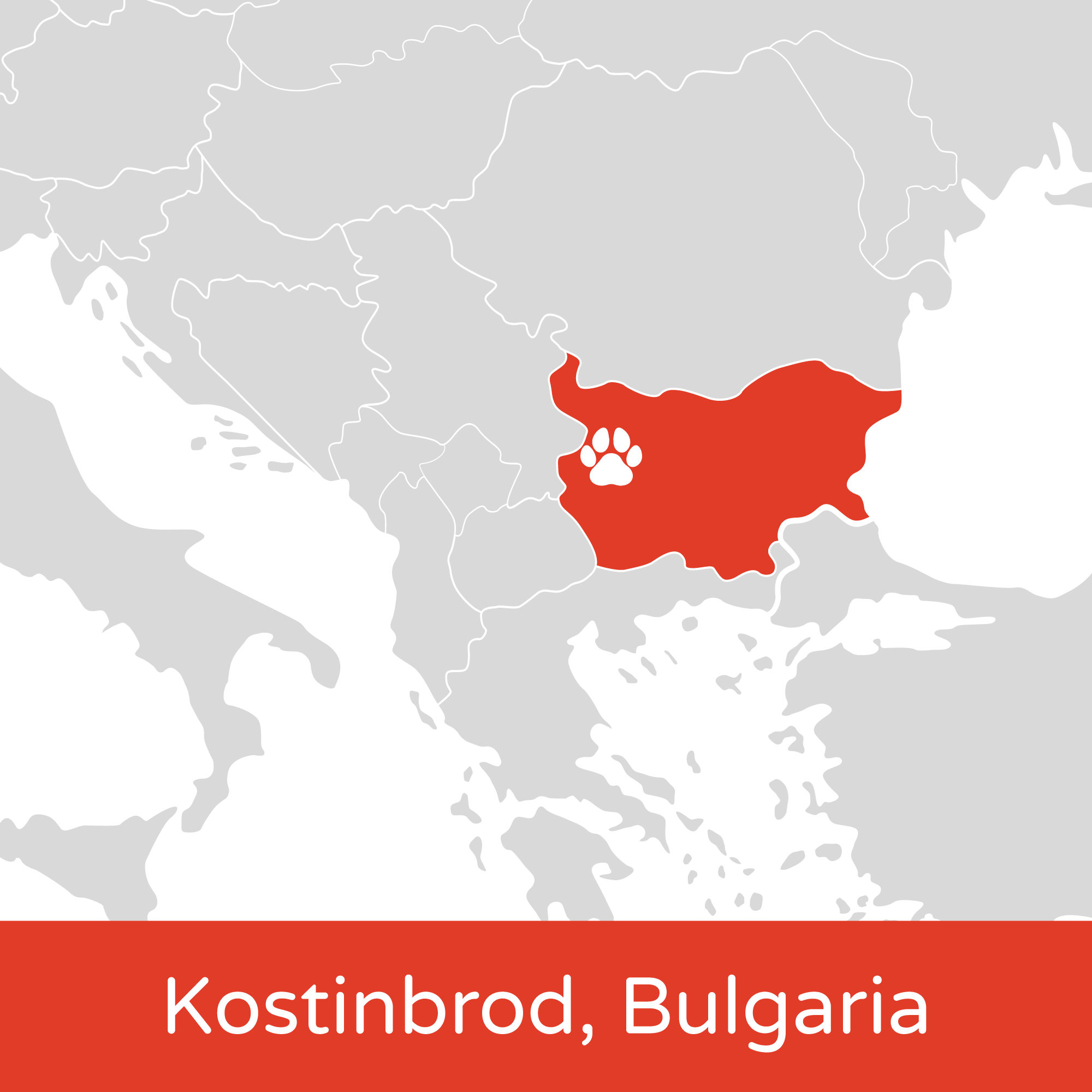 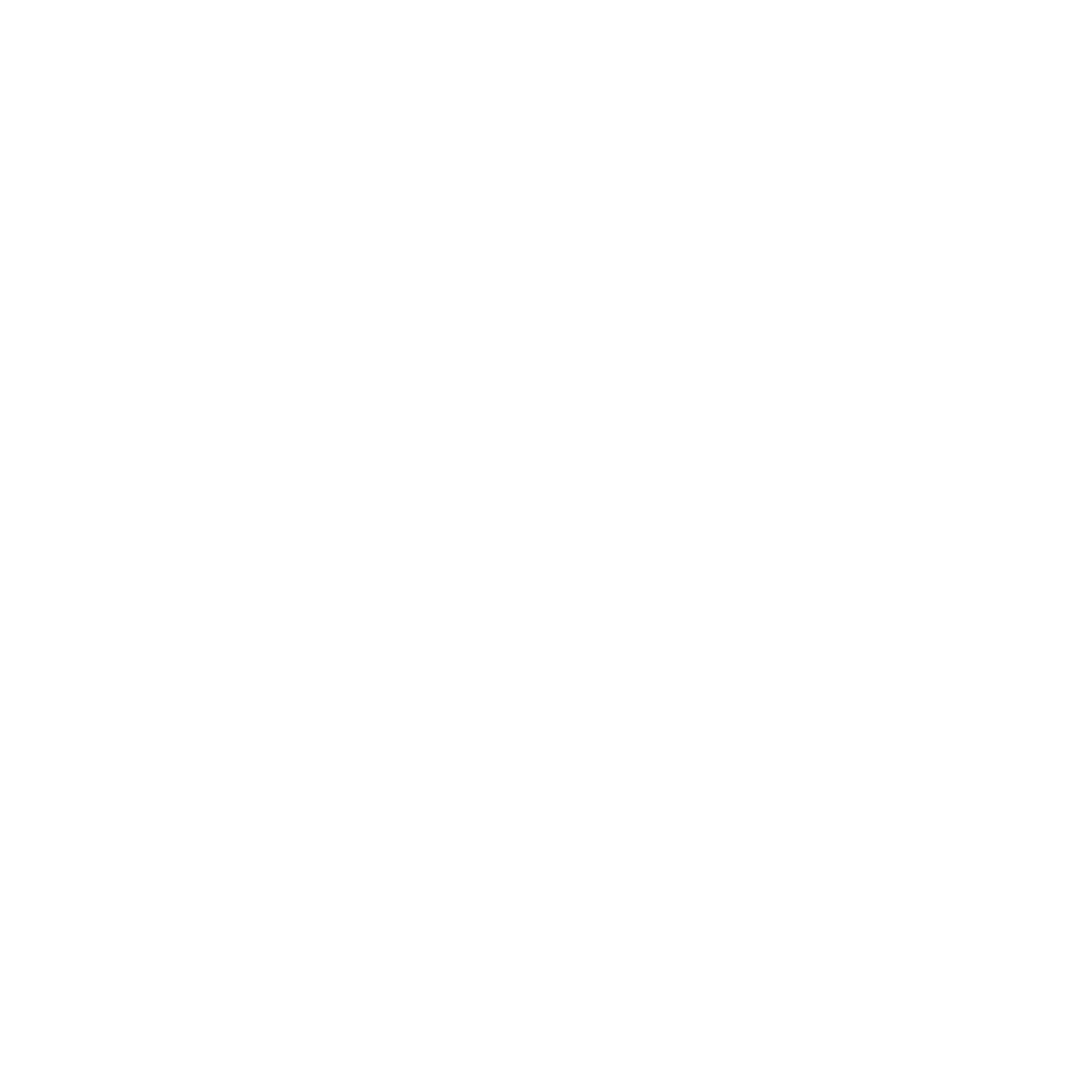 The New York Bully Crew is a non-profit that pulls bully breeds from kill shelters, rescues them from the streets, provides them with all their necessary medical care, and then works tirelessly to find loving homes for them. NYBC also hosts dogs from other shelters and foster homes that are looking for a forever home. They work hard to get each dog adopted by loving families who will appreciate their intelligence, personality, and spirit. The organization operates across the entire United States and Canada and has saved hundreds of pit bulls and other dogs, as well. Craig told Barcroft TV: "Our mission is to rescue, rehabilitate and adopt out abused and neglected dogs, mostly pit bulls". While NYBC will accept all breeds of dog, its focus is on pit bulls specifically as this breed receives ample negative stigma, abuse and neglect. 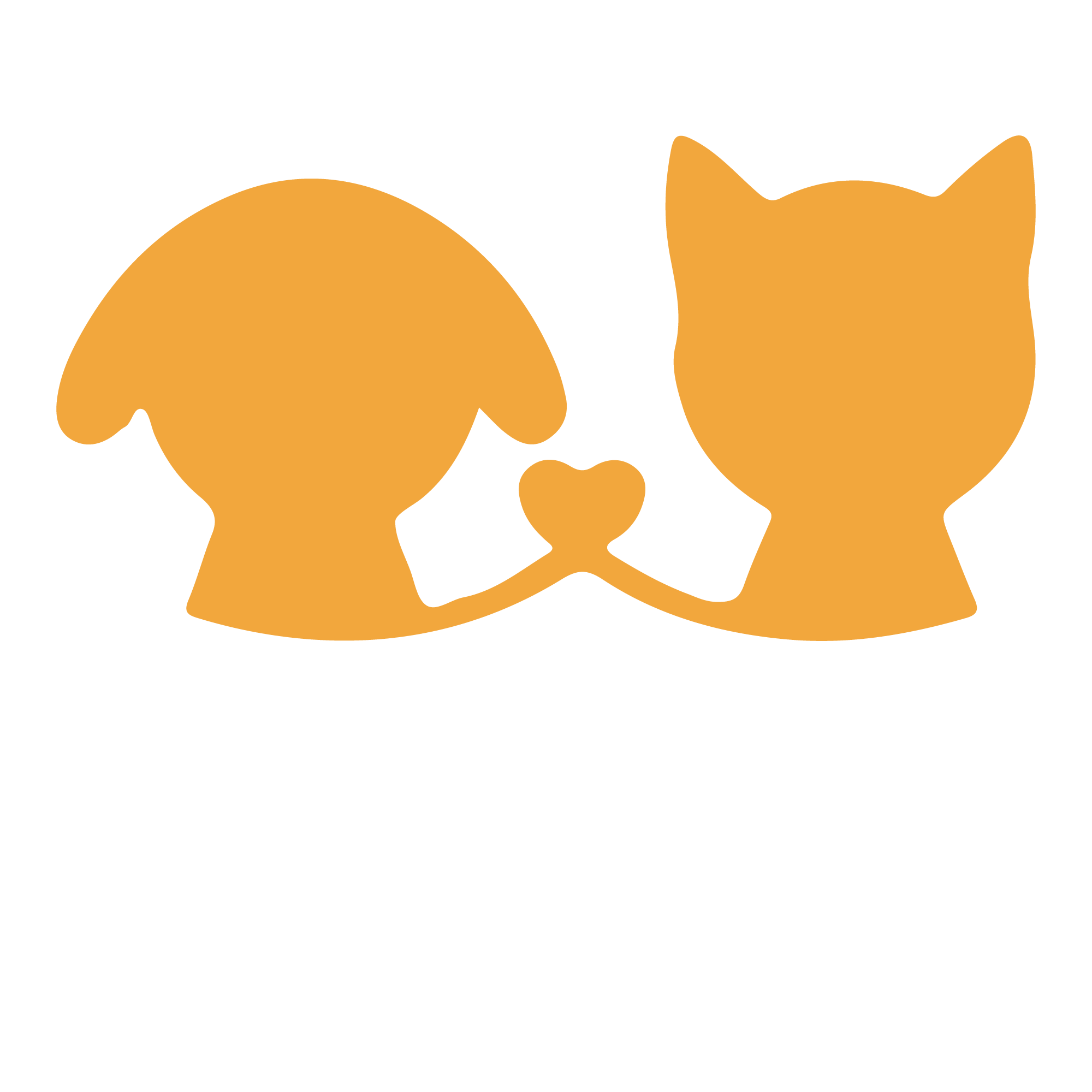 Set up in 2000 by the charitable foundation Sirius, the animal shelter was initially located in the village Yasnogorodka, Kyiv region. Since 2000, we have been carrying out a spay-and-neuter program for homeless cats and dogs searching for cozy housing and caring adopters for them. This way we promote a humane solution to the stray animals' problem. So far, more than 12 000 animals have found homes. Sirius vaccinates and sterilizes them as well as helps low-income families take care of the adopted pets absolutely for free. Presently, the shelter hosts over 3300 homeless cats and dogs. All of them are timely vaccinated, fed, and treated. 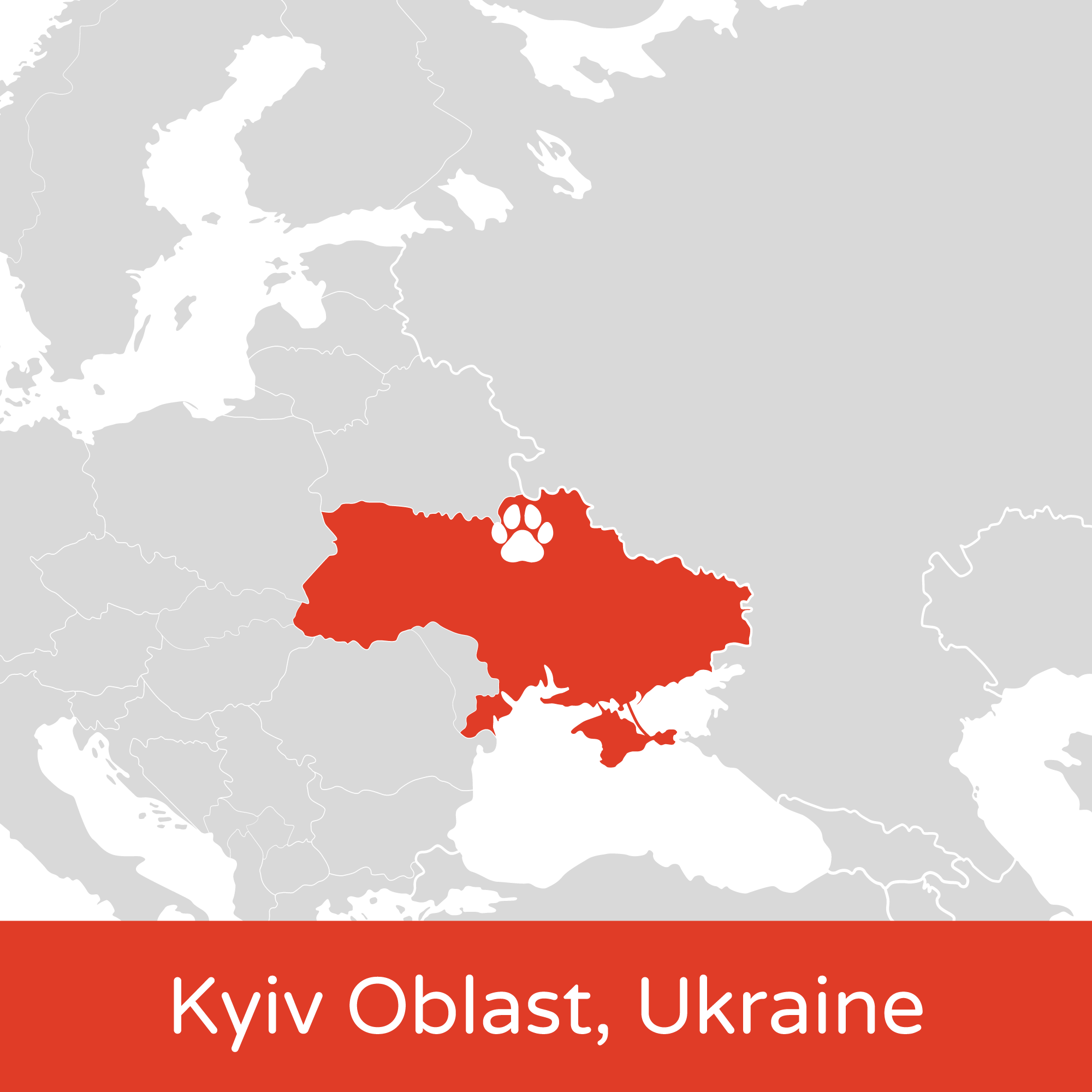 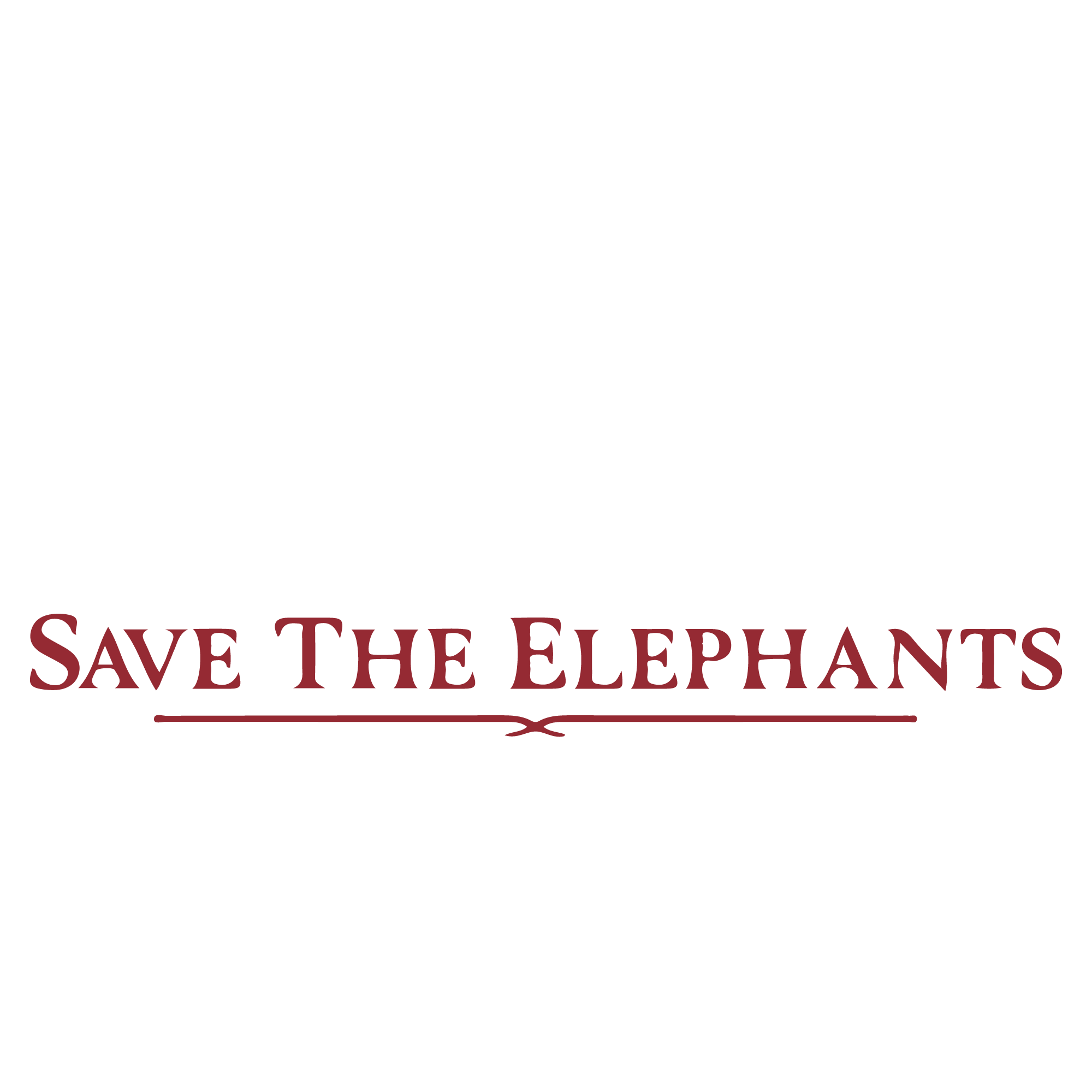 Save the Elephants was founded in 1993 by lain Douglas-Hamilton. A research & conservation organization, Save the Elephants (STE) is a UK-registered charity headquartered in Nairobi with its principal research station in Samburu National Reserve in northern Kenya. STE's mission is to secure a future for elephants and sustain the beauty and ecological integrity of the places they live, to promote man's delight in their intelligence and the diversity of their world, and to develop a tolerant relationship between the two species. The elephants of Samburu are now one of the best-studied elephant populations in the world, with detailed histories of almost 1,000 individuals and their interactions over the last 18 years. Data from their behavior and population dynamics have allowed scientists to understand the impacts of the ivory poaching crisis on populations across Africa. 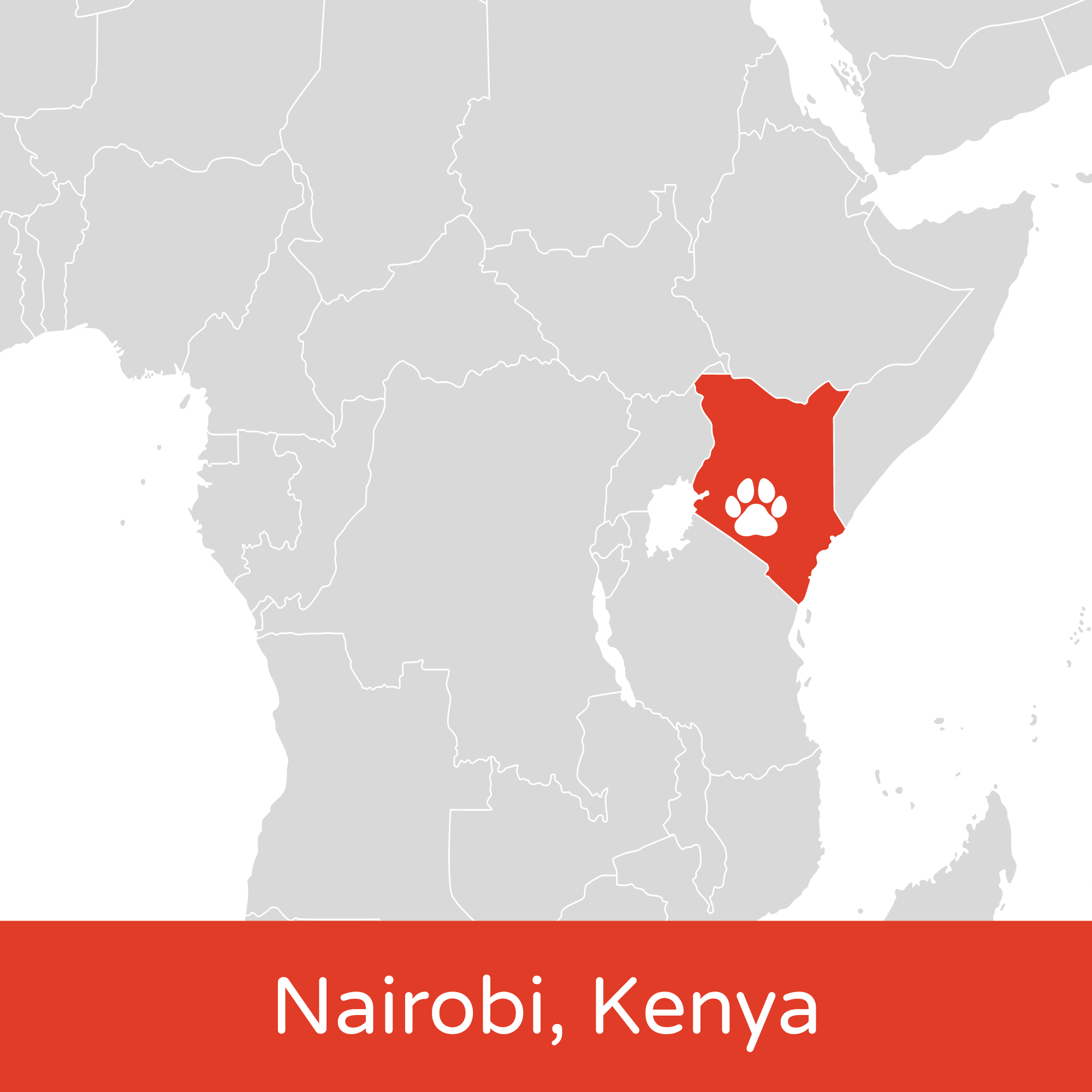 Go4TheGoldy
Park   Moderator
Thank you! Your submission has been received!
Oops! Something went wrong while submitting the form.
© 2022 Pixel Pups Pack. All rights reserved.